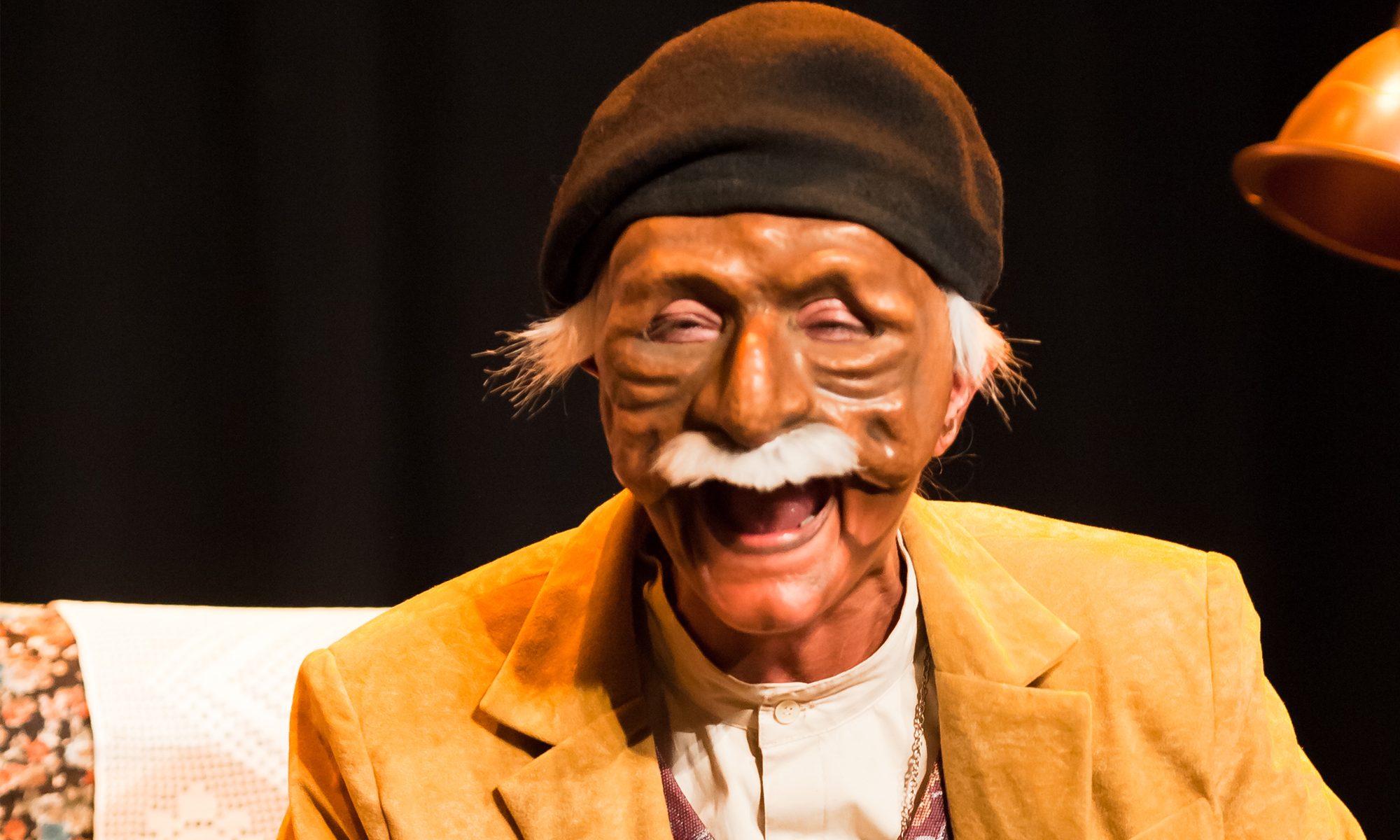 A STORY OF NO SIGNIFICANCE 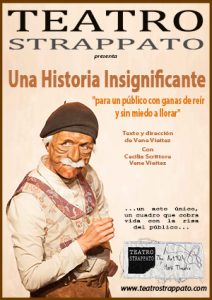 In 2012, suicides due to home evictions began to became a frequent “category” in the chronicles of Spanish newspapers. .

This social drama that crosses the borders and takes place in many countries that have suffered financial crises, inspires “An insignificant story”, a show about the awareness of why we have reached this point, about the most intimate part of these tragic mass-phenomena.

An metaphorical elderly character reflects a society that has lost historical memory, the sense of belonging in this world. Like all great tragedies, seen from the outside “An insignificant story” appears funny.

Our ironic character lives with a memory, a ghost that saves him from solitude and his daily life is sculpted by the presence of several characters. A game of theatrical masks that with only two actors on stage creates a world as varied as the human race itself.

“A Story of No Significance” is, as Enrique Santos Discépolo described Tango, “a blue thought to be danced”.

“We are not aware of which is our misfortune simply because we forget, or it becomes impossible for us to remember, what we already know. This is the true tragedy of our time, we live in the oblivion of what we know, and everything that we remember it is unworthy…”

A Story of no Significance

A STORY OF NO SIGNIFICANCE

Written aNd directed by Vene Vieitez