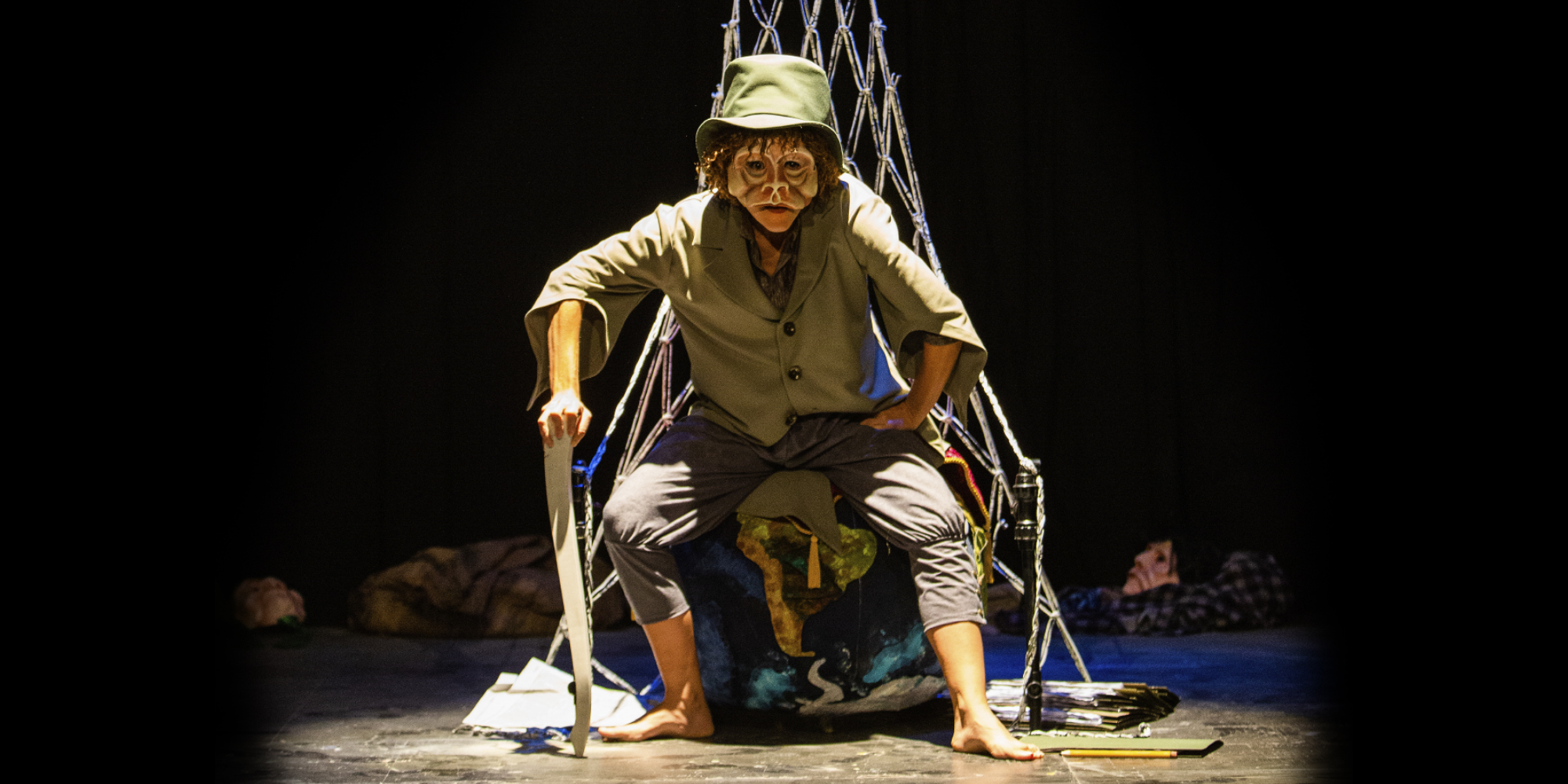 An old throne, which seems to have been recovered from the bottom of the sea, full of cobwebs, is cleaned for the umpteenth time and, the most obvious marks of the preceding stories removed, it is arranged to put it at the center of the scene. A new, eternal history of oppression begins again.

The individual inserted in the system is forced to act as a cog, as an instrument of power, manipulated and in turn becoming manipulative, becoming an accomplice, directly becoming the architect of others’ misfortune. Not even those who are aware of this mechanism can stop it, or stop themselves, until … until the system’s machine engulfs someone close to us, very close, perhaps our children … and then everything changes and the previous indifference, coldness and calculation disappear only to be replaced by terror, anguish, torment …

The unchanging story of humanity, that of exercising power, something inseparable from our species, reaps its victims in the shadows. And those shadows are also rigorously made so that the vicious cycle remains undiscovered, so that the victim is in turn an executioner and the children, all of them, are offered in silent sacrifice.

Triboulet lives in a world in which good is condemned to be a hypothetical past, a longing, perhaps a dream, everything happens just at that moment when evil becomes irreversible.

The souls that inhabit this story are the architects and victims of a hungry system that consumes everything, and to survive they will each have to manipulate others with ingenuity, as the law is to “eat or be eaten”.

Triboulet is a fabric in which many different threads are woven together. Some are sources from which the authors have been inspired, others are experiences and reflections on our contemporary world, and others are stylistic figures from both Teatro Strappato and the composer Murani. In order to share the secrets behind the creation of Triboulet with the audience, this video that lies somewhere between an interview, a documentary and a making of has been created, in which the authors tell us about this adventure. (VERY SOON)